There aren’t many nations that put on festivals quite like the Thai’s, not only is they’re calendar packed with them, their festivals offer everything a good festival should have, good food, bright colours, regalia and ornate decorations. If you are heading to Thailand this year then make sure you check out what festivals will be going on when you are there, it’s likely that at least one will be taking place. We’ve managed to compile a short list of the best Thai festivals, hopefully one of them will be on when you visit. 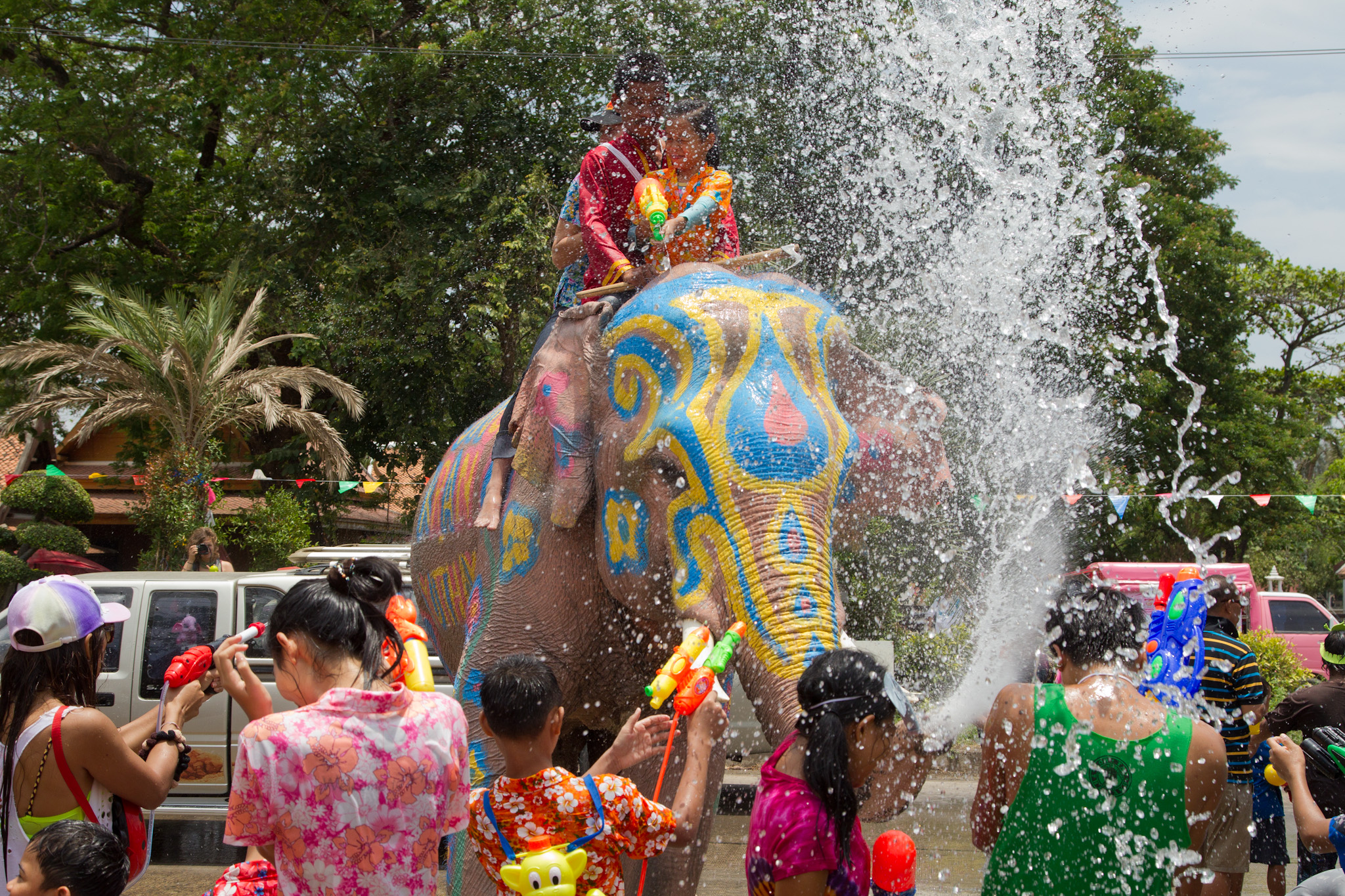 Far and away the the best known Thai festival, Songkran is basically the Worlds’ biggest water fight which goes towards celebrating the Thai New Year. The festival begins on the 13th of April annually and lasts 2 to 3 days. The presence of water is seen to cleanse all of the people as they head into the new year and sees thousands of revellers take to the streets armed with super-soakers and hoses.

In the town of Lopburi on the last Sunday of November they decide to show off their largest tourist attraction in impressive style. Monkeys are one of the principal reasons why thousands of animal-loving tourists visit Lopburi each year and on this special day, the town lay on an incredible buffet for it’s hairy inhabitants. Visitors have the opportunity to watch and interact with the monkeys as they fill their faces on the incredible amount of cuisine that is presented to them.

Often called the festival of ghosts, Phi Ta Khon is a festival which celebrates the existence evil and seeks to protect those who partake from the dark side. The festival takes place across 3 days in Dan Sai in the  Loei Province of Thailand. Phi Ta Khon has several traditions that must be performed each year from games and processions to costume wearing and dancing. The story that the festival is based on is that of Buddha when he was a prince, the story goes that he made a large adventure and upon not returning he was presumed dead, when he eventually returned the noise of the festivities were so loud and joyful that they were said to be able to walk the dead. This festival is eye-opening, colourful and taken very seriously by the locals, an incredible visit.

The 4 Best Music Festivals in the United States