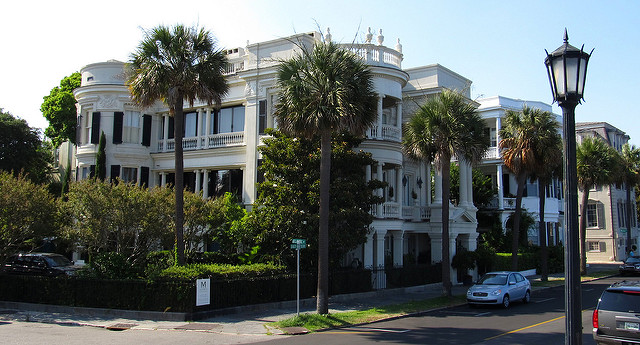 While the nations of Europe and Asia have a back history that goes back much further than that of the United States, there are still plenty of cities within its borders that offer an abundance of attractions for history buffs.

Before we get into the subject matter of this post though, it is important to note that foreigners traveling to America (Canadians excepted) are required to get electronic pre-authorization before boarding a plane. This is done by filling out an online application prior to US travel, so don’t leave it to the last minute.

If you have questions about the process, you can learn more about the ESTA here; with that necessary disclaimer out of the way, let’s get on with talking about the most Historic cities in the USA…

Home to the capital of the first colony in what is now America, Boston is arguably the most historic city in the United States.

Founded by Puritan immigrants that referred to their new home as a shining city on a hill, it is here where the American psyche was born.

It was also in this city where the first shots of the American Revolution were unleashed, as well as being home to the Boston Massacre, a tragedy that set a chain of events in motion that led to the aforementioned war.

Points of interest to visit include Faneuil Hall (the market and meeting place for Bostonians for centuries), The Freedom Trail (links together a variety of attractions significant to the history of the United States), and the Boston Public Library (one of the most beautiful literary institutions of its kind in America).

Philadelphia is well known in the annals of American history as the place where the Declaration of Independence was signed, proclaiming the freedom of the American colonies from Great Britain.

It was this action that officially touched off the Revolutionary War, which ended well for America after a long bloody struggle of eight long years.

Another noteworthy historical attraction in Philadelphia is the Liberty Bell, which cracked upon its first ringing during the celebration of the passing of an act in Great Britain that emancipated Catholics in that country.

The custodian staff of Independence Hall made light of the incident, remarking that the Bell refused to ring for an Act passed by the British Parliament, despite it being a good piece of legislation.

The American Civil War wreaked considerable destruction on the historical buildings that once existed in the South.

However, Charleston was fortunate enough to escape this fate, despite being situated in the middle of some of the worst fighting.

Seeing the writing on the wall after hearing about the complete destruction of neighboring cities, the mayor offered surrender upon hearing that the armies of the Union were approaching his doorstep.

With streets that are lined with homes that boast amazing architecture, simply walking around will prove to be rewarding enough for the visitor, but heading out to Fort Sumter should be something that every visitor to Charleston does before they move on to their next destination.

Settled long before the Mayflower ever got close to North America, St. Augustine Florida is home to the oldest continuously inhabited city in what is now the United States.

Founded by the Spanish in 1565, this gorgeous city gave the Spanish a half-century head start on the English when it came to settling the American portion of North America. These days, the sights within the old city worth seeing include Castillo de San Marcos and Mission of Nombre de Dios.

Finding the perfect hotel for your Caribbean getaway