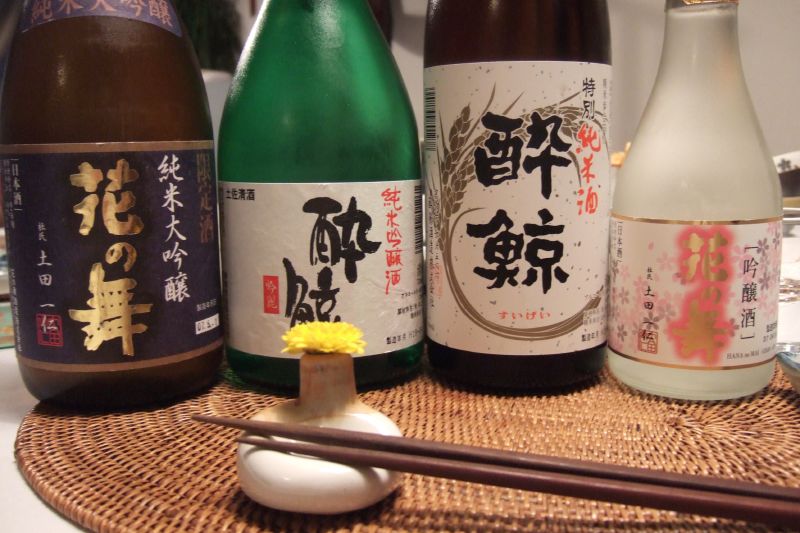 Sake is a Japanese alcoholic drink which is created from rice which has been fermented, it is very tasty, pretty strong, and has a multitude of uses, including for ceremonial purposes. In Japan they call sake nihonshu, which translates as Japanese liquor, not only is this an important ceremonial drink, it is also the national beverage of Japan. It is important that you are careful when drinking sake as it can have a real kick, that sneaks up on you slowly. This is a drink which you may or may not have seen about, but one which you should certainly try if you do see it. To find out more about sake, let’s delve a little deeper into its history.

Back to the Start?

The origins of the fermented rice wine is largely unknown but we do know that the earliest recorded mention of sake, was in China around 500 BC. The process at this time involved a largely gross process of locals chewing rice and nuts, before collectively putting into a huge bowl, and left to ferment for a while. In the lat 8th Century however, a nation was relieved after the discovery of a mold enzyme called koji, which could ferment the drink far better and quicker than human saliva could.

The popularity of the drink increased throughout the 8th and 9th Century, and in the late 10th Century it was first recorded that temples began to produce their own sake, taking the control away from the government. As the temples continued to churn out sake, the drink gradually grew further in popularity and by the 13th Century, it was not only the most popular beverage in Japan, but also the preferred choice for any high ranking ceremony.

When what is now known as the Meiji Restoration took place in 1868, which saw imperial rule restored in Japan, new laws were brought in to permit, and to encourage, anybody with the means to open a brewery, to make their own sake. Reports state that within a year of these laws being brought forward, there were over 25,000 new breweries throughout the country. Sadly many of these breweries were forced to close just as quickly as they opened because of the rising taxes, but there are some that have survived until the present day.

Sake is still the most popular drink in Japan, and there are just under 2,000 breweries in Japan who provide not only for the country, but also for the rising demand abroad. There are also breweries that have been opened in foreign countries, in order to meet the popularity, and what was once a local Asian brew, has turned into a drink with popular that few would have expected.

As with many Japanese products, sake has been rumored to have some excellent health benefits, from boosting your immune system to reducing the risk of cancer and lowering blood pressure. Sake too has been proven to greatly improve skin, perhaps I’ll set my SK II skincare products to one side and start hitting the bottle a little more!

If you want to try some sake, this coming October 1st could be the time to do it, which is widely considered as Sake Day in Japan, find a bottle in your local store, and enjoy it with a nation at the beginning of October.

How to Take The Best Photos on Your Vacation

How To Prepare For Your Very First Ski Trip